How to Cook Shrimp 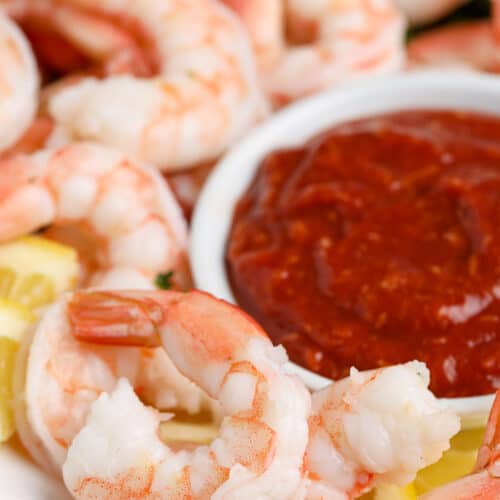 Learn how to cook shrimp in a variety of dishes. Before you start cooking, prepare your shrimp by defrosting them in cold water. This will thaw them in about five minutes. Save the tail and legs as soup ingredients. The head is excellent and contains a great flavor. Once the shrimp is thawed, remove the shell.

Various cooking methods are available for shrimp, including sauteeing, stir-frying, and frying. To begin, choose a skillet large enough to hold all of the shrimp you want to cook. For maximum efficiency, you may wish to cook them in batches. Heat the skillet over medium-high heat and add oil or butter. Cook the shrimp until they turn pink, about two minutes. Whether you choose to cook shrimp in a skillet or fry them in oil, stir often to avoid overcooking. Also, remember that smaller shrimp cook faster than larger shrimp.

Before you start cooking, rinse the shrimp thoroughly and soak them in a brine for at least an hour. This brine should contain about 1 tablespoon of salt per two cups of ice water. Alternatively, you can add a little sugar or baking soda. This brine will help to retain the shrimp’s firm texture and will ensure that the shrimp come out crisp. Drain off the brine before steaming.

Once the shrimp are cooked, transfer them to a serving platter or dish. As long as the shrimp is not overcooked, they can be eaten right away. Depending on the type of dish, you can serve them over rice or pasta or on top of salad. You can also serve them over a bed of greens or polenta.

The most common method for cooking shrimp involves steaming or frying. It is important to remember that the head of the shrimp is still attached, and if you don’t remove the head, the flesh will turn mushy. In addition, the head contains an enzyme that can turn the shrimp’s flesh into mush. For this reason, it is important to separate the head from the body as soon as possible after harvest.

Seasoning shrimp before cooking is one of the easiest ways to give them a great flavor. The best shrimp seasoning recipe is a mix of herbs and spices. It’s very simple to make and will give shrimp a restaurant-quality flavor. This recipe uses pantry ingredients and you can customize it according to your own taste.

Before cooking shrimp, you should season them with kosher salt and freshly cracked black pepper. This will allow their natural flavors to shine through. If you want to add a more exotic flavor, you can add other ingredients, such as smoked paprika or spicy red pepper flakes. You can also season shrimp with fresh herbs and spices. Once the shrimp is prepared, place them in a large cast iron skillet. The oil should be shimmering and the shrimp should be placed in a single layer.

You can use shrimp from frozen or fresh. If you buy frozen, make sure you thaw it completely before cooking. If you’re using frozen shrimp, make sure you devein and wash them thoroughly. You can use any cooking oil for shrimp, but avocado oil and olive oil are both good options. You can also use unsalted butter if you’re concerned about sodium content.

When cooking shrimp, remember not to overcook them. Depending on the type of shrimp you have, fully cooked shrimp will be pink and loosely curled. If the muscles are tightly curled, the shrimp is overcooked. You should aim for the internal temperature of the thickest part of the shrimp to be at least 140oF.

Seasoning shrimp before cooking is a great way to make them more flavorful and give them an extra kick. To do this, you should marinate the shrimp for 30 minutes before cooking them. You can also marinate shrimp overnight. Then, you can cook them according to your taste.

There are many different ways to cook shrimp on the stove. One of the most popular methods involves baking the shrimp, which gives you a completely hands-off approach. In the oven, shrimp will not get as much sear, and they are less likely to overcook. Baking shrimp also helps keep the shrimp juicy. Baked shrimp are great when served with rice and veggies.

Shrimp cooked in the oven can be thawed, frozen, or fresh. You can cook the shrimp with the shell on or remove it and grill it on a grill. Simply brush the shrimp with oil and cook for 2 minutes on each side. Depending on the size and the method you choose, cooking time will vary. On average, medium-sized shrimp will take about three to four minutes to cook.

When using a non-stick skillet, it’s best to use one without a lot of fat. This type of pan is more forgiving and easy to clean. However, if you prefer a more seasoned or sturdy pan, you can also use a cast-iron pan or stainless steel pan. In most cases, a non-stick skillet is the easiest way to cook shrimp.

While cooking shrimp on the stovetop, keep in mind that they should be deveined before cooking. When deveining shrimp, you should cut them in a shallow angle along the dark line that represents the digestive tract. Once the shells are deveined, you can turn the shrimp over with a spatula or tongs.

Before cooking shrimp, you should first season the shrimp with salt and pepper. To get the best flavor from shrimp, you can also add smoked paprika, garlic, or spicy red pepper flakes. Once the shrimp is well-seasoned, you can cook them on the stovetop for two to three minutes.