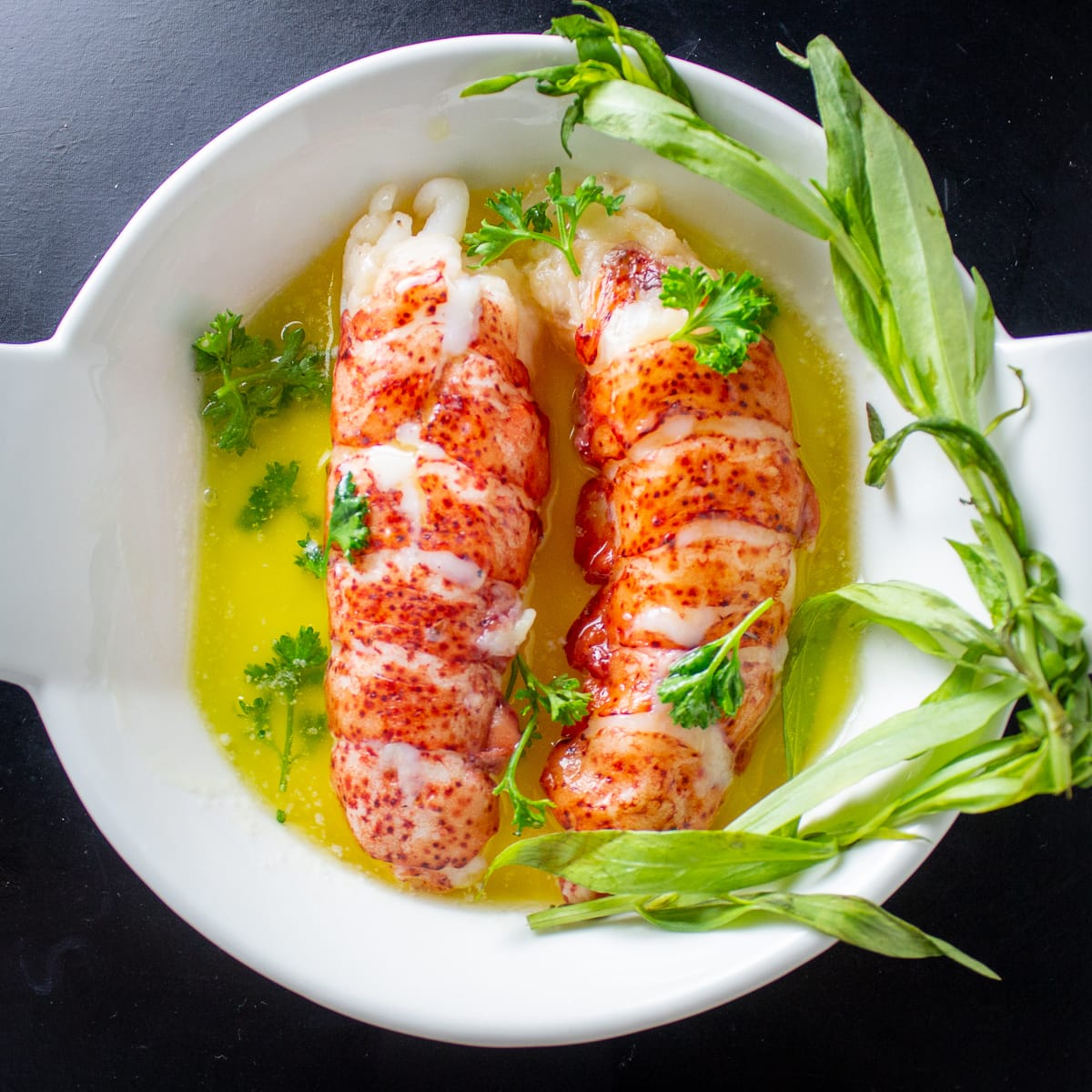 There are several ways to cook lobster tails. You can boil them, broil them, or poach them. Some people like to broil them with paprika. Regardless of how you cook them, they will taste great. In this article, you’ll learn how to boil lobster tails.

Boiling lobster tails is a traditional method of cooking lobsters. It produces an opaque white meat with an internal temperature of between 140 and 145 degrees Fahrenheit. To enhance the taste and appearance, you can add some lemon juice or garlic. If you want, you can also add a little parsley.

Boiling lobster tails is also one of the simplest methods of cooking them. It is a good choice for newbies as it does not require a lot of complicated seasonings and ingredients, and it retains the natural flavor of the lobster. Another benefit of boiling lobster tails is that they are perfect for those on a no-butter diet.

Before boiling lobster tails, make sure you have water that is at least 2/3 full. This will prevent over-boiling. After placing the tails in the boiling water, lower the heat to a simmer. This will help the lobster tails cook completely. If you want to cook more than one tail at a time, you can do so in batches.

You can also cook the lobster tails in the oven using the broiling method. The main difference is that the latter method uses liquid, which helps keep the meat juicy. For a four-ounce lobster tail, you should bake the tails for about 7-8 minutes.

If you are trying to cook lobster tails at home, then you’ll want to know how to broil them. This simple technique involves butterflying the tail, which involves cutting through the center of the lobster shell. Once this process is complete, you should apply a garlic lemon butter sauce to the meat. Then, place the lobster tails on a baking sheet.

Once the lobster meat is opaque and cooked, the tails can be placed under the broiler for 8-10 minutes. You’ll want to watch them carefully to ensure that they don’t burn. You can also use melted butter, paprika, salt, and white pepper to season the meat. Once the meat is opaque, serve them with lemon wedges.

To broil lobster tails, place a baking sheet on the top rack of the oven. Place the lobster tails about four to nine inches from the coils. This will allow for even cooking. You’ll want to watch the lobster tails carefully to make sure they’re done. Depending on the size of your lobster tail, it can take between 10 and 15 minutes.

First, you’ll need to clean the lobster. The digestive tract runs the length of the tail. It’s cream or dark-colored. Clean it thoroughly. Then, put the meat on top of the shell. Make sure to brush the meat with butter before placing it under the broiler. Then, broil the lobster tail for four minutes.

Poaching lobster tails can be done with a few simple ingredients. First, add butter to a medium saucepan. Then, add the onion and garlic. Stir constantly to cook until onions are translucent. Next, slowly add the half-and-half, whisking constantly. When the half-and-half has melted completely, stir in the Worcestershire and hot pepper sauces. Continue to stir while the lobster cooks. Once the lobster reaches an internal temperature of 135-138 degrees F, remove it from the pan. The tails can then be placed back into the shells. You can place small pieces of foil between the tails if desired.

Butter and water can be added to the poaching liquid to give them an even better flavor. Poaching also allows you to save this sauce to use for dipping. This lobster butter is excellent for up to 5 days after cooking and can even be frozen for up to 2 months. Depending on the desired level of flavor, you can also add other aromatics like onion, bay leaf, green bell pepper, or coconut milk to the poaching liquid.

You can poach lobster tails using real lemon juice or butter. To get the most flavorful lobster tails, use grass-fed butter. Just make sure to keep the liquid below 180 degrees F. You can use a little salt to taste, but salt is not required.

If you have a hankering for a delicious lobster dinner, then try this recipe. This delicious dish is less than 20 minutes to prepare and looks absolutely gorgeous when served. The main ingredient is a live lobster. You can get one from the grocery store. Paprika is also an excellent flavoring ingredient for lobster tails.

To begin, cut a lengthwise slit in the shell’s top portion. Remove the lobster meat from the shell and spread it out on the top portion. Spread melted Garlic Butter over the top of the lobster meat. Sprinkle with paprika. Cover and braise the lobster tails for ten minutes or until they are opaque and slightly firm to the touch. If they look milky or undercooked, cook them for a few minutes more. If you wish, serve with aioli, a mixture of lime juice and mayonnaise.

While broiling lobster tails is easy, you need to be aware of the time it takes to cook them. The cooking time depends on the size of the lobster tail and the temperature of your oven. Larger lobster tails will take longer to cook than smaller ones. For perfectly cooked lobster, the internal temperature should be around 140 degrees Fahrenheit. Once cooked, the shell will turn bright white and the meat will turn red.

When you’re ready to cook lobster tails, it’s time to drizzle them with extra virgin olive oil, paprika, and garlic powder. Then place them on the prepared baking sheet and broil for five to eight minutes, depending on their size. Watch closely after five minutes to prevent them from burning. Once done, serve with lemon wedges and melted butter.

When you cook lobster, using a flavorful broth like court bouillon can add a special touch. This French style short broth is popular throughout Louisiana and can be used for any occasion. You can use it to steam or poach delicate meats like lobster. You can even use it to make seafood stew.

Beer is another popular steaming liquid for lobster. It is often a light beer that is boiled below the lobster tails. The beer will give the meat a nice flavor and recreate the flavor of the ocean. It will take 18 to 20 minutes to steam a one to one-and-a-half-pound lobster. When you boil the lobster, make sure the water covers the lobster and is about two inches deep.

Once the water has reached a simmer, add the vegetables. Place the lobster tails on top of the vegetables, and allow them to steam for approximately 10 minutes. Steaming the lobster tails is a faster, more traditional way to cook lobster than boiling, but make sure you don’t overcook them. It’s also helpful to use a metal or wooden skewer to keep them straight while cooking.